I can’t tell you how many times I’ve argued with my friends over the superiority of Apple or Android phones.  For no reason other than brand name, these two have become household names for rivalry.  Now however I can say that I don’t believe this is a fair fight, as the two products could not be more different.

Although the handsets look similar, the systems (and the philosophies behind these) are complete opposites.  When Google bought Android its aim was to create something radically different to the controlled, “walled garden” world of Apple: an open-source system that allowed anyone to tweak, create and produce.  It’s so different that the two cannot be compared in my opinion.  Apple appeals to the masses through its easy to use software, quality-approved apps and sleek design.  Users are at the mercy of Apple’s owners and their decisions, as there is no way to change it.  Android is a blank canvas that promotes freedom, creativity and access to more content (although there is no guarantee of quality), and users can customise the device in any manner they desire. 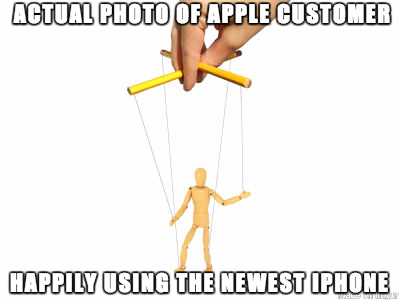 Apple and Android systems do not compete; they coexist.  Their only competition is in sales, which show that Android sales are steadily rising compared to iOS.   I’d describe it by comparing it to The Maze Runner: you can either stay in safety or explore the maze.

Interesting note: in the past few months, there has been talk that Google is trying to control the “open-source” nature of Android.  Android and Google are often paired in a sentence, when in reality Android can be utilised by any operating system; Google just currently does it best.

One thought on “The Maze Runner Metaphor”